Reaching the finale already felt like the icing on the cake

In an exciting online finale Spinder Dairy Housing Concepts finished as runner-up for the Frisian Company of the Year 2020, together with Oreel from Hallum.

Spinder congratulates the winner Friesland Lease from Drachten with the victory.

A special edition of the election Frisian Company of the Year; due to corona the finale was completely online. The CEO’s of the participants were present in the studio to answer the final questions of the judges. Colleagues followed the online finale on large TV-screens in the Spinder showroom in Drachten. At a quarter to six the results came in and Friesland Lease from Drachten was announced as the winner. 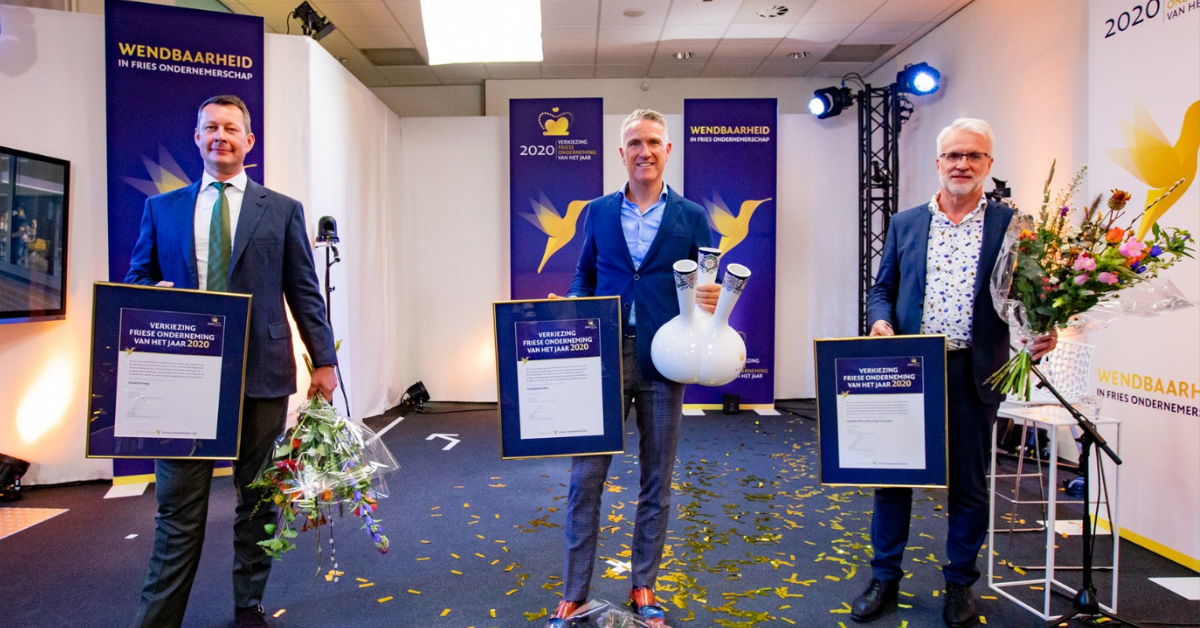 CEO Jehannes Bottema: “We are proud that we belong to the top of Frisian entrepreneurship.”

In March of this year, Spinder took part in the semifinals that were held at the NHL Stenden college in Leeuwarden. An organizational scan, questioning by the judges and a pitch of the company’s strategy resulted in the coveted place in the finale. However the jury visit to Spinder and the finale were initially postponed due to corona.

On September 4th the jury visited the three finalists for a presentation and tour of the company. The judges started out in the showroom where colleague Rudmer Hilverda (sales) presented some innovative new products. The tour through the Spinder factory, led by CTO Hubèr Timmermans, combined modern techniques, such as welding robots and a tube laser cutting machine, with traditional eccentric presses. These are used by Spinder to produce high-quality clamps and accessories for dairy housing equipment in-house.

At the end of the tour, the judges spoke to a satisfied user of Spinder’s dairy housing equipment. Dairy farmer Den Hartog’s answer to the question “why should Spinder be declared the winner of the election” was simple. “Spinder just deserves it”.

With being announced runner-up, Spinder looks back with satisfaction on a period of business development and relocation to the Azeven Noord Industrial area in Drachten. Reaching the finale in the Frisian Company of the Year election already felt like the icing on the cake.

Take a look at the pictures of the finale